What Does It Cost to Develop an Android App? 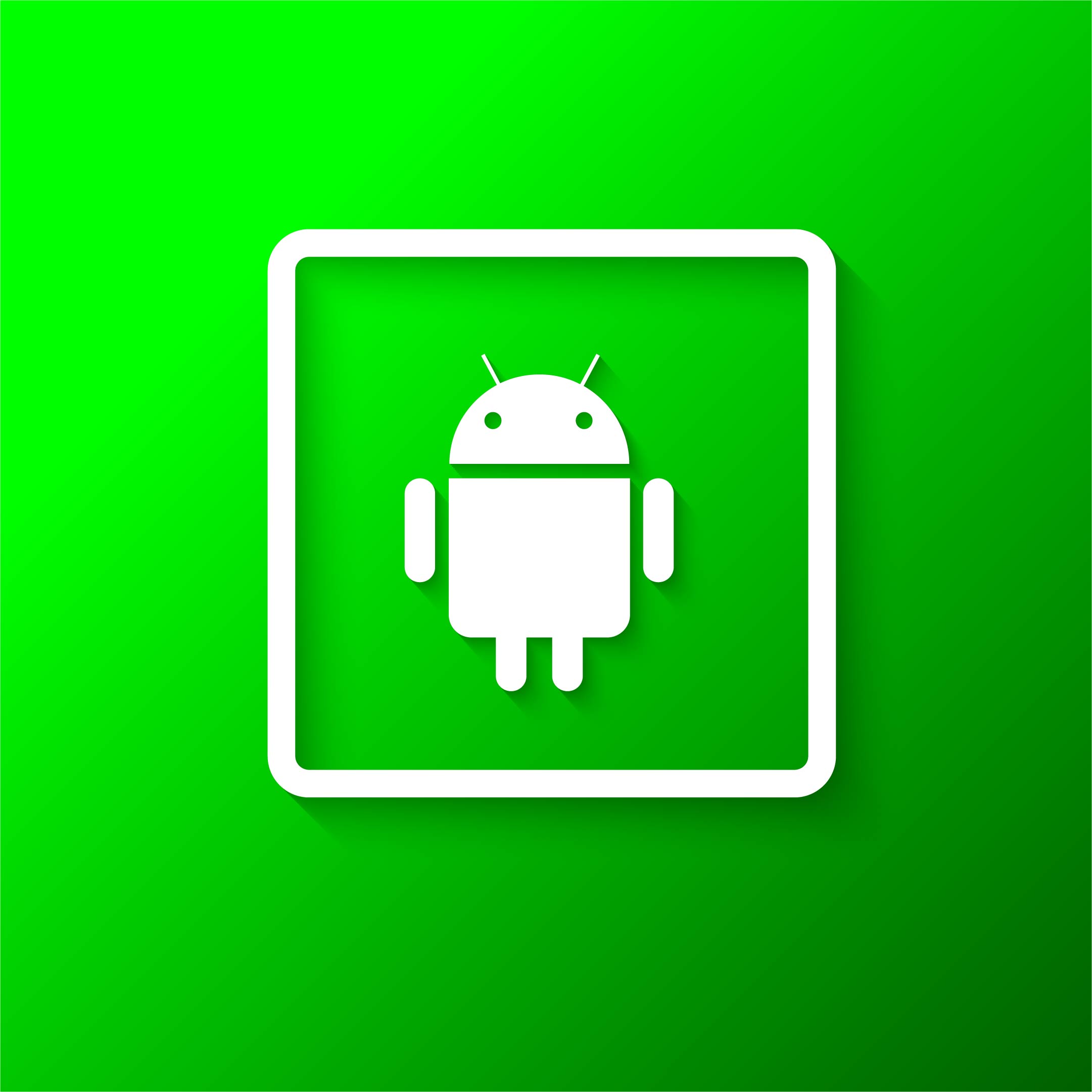 At least once a day, if not more, you may come across the terms "Android" or "Google." This is its level of popularity.

Furthermore, according to Play Store statistics, Google Play Store will make $38.6 billion in 2020. Over the last four years, revenue has increased by 167 percent. This alone demonstrates the Play Store's, formerly known as the Android Market's, extraordinary expansion. To add to its majesty, the Play Store sees around 250 million app downloads per day.

Let's look at the advantages of developing Android applications if you need more convincing reasons why Android apps are so popular among businesses and developers.

You're probably aware of the Android platform's widespread popularity among users. The fact that Android app downloads for 2020 totaled 109 billion justifies its fame. According to Statista, by 2025, customers will have downloaded 187 billion apps from the Google Play Store. This means that as a business, your app will be exposed to millions of users, resulting in a larger return on investment. WhatsApp, for example, may have a higher cost than other apps because of its diverse user base.

It is commonly known that Android is more cost-effective than Apple, therefore this quality is definitely passed down to the cost of developing apps like Wayfair. Android apps are inexpensive since they just require a one-time $25 registration charge. Developers can build and test the app on their own smartphones after registering, which reduces costs. Apple's annual subscription costs around $99 per year. Android is also free and open source. When using the software development kit, Android app developers do not have to worry about licencing fees or royalties (SDK). Furthermore, there are numerous tools and finest Android libraries available for app creation, making the process even easier.

In addition, the cost effectiveness varies by area. The cost of Android app development in the United States differs from that of other countries and regions. This could be due to a variety of reasons, including labour costs, app complexity, app maintenance costs, and the size of the development team.

By providing necessary tools, the Android platform allows for internal app integration as well as effective customization to match the needs of the organisation. These apps are simple to integrate with third-party APIs, which cuts development time in half.

Another advantage of designing Android applications is that they are compatible with a wide range of devices. Because Android dominates the market, there is a huge market share.

Because the Play Store standards allow for a lot of creativity, Android applications are very configurable. The adaptable apps can be added to current systems to improve functionality or used as a standalone solution to streamline tasks. Your app should accurately reflect your company's vision, which may be accomplished with android mobile app development. Android also provides tremendous scalability, which is critical for any startup or even an established company.

It's critical that your mobile application is well-protected and free of security flaws.

Android application development is based on Linux, which ensures the security and smooth operation of any mobile app on Google MarketPlace. It also has additional virus and malware protection built in.

Now, if the Android platform has piqued your interest, you may want to learn more before deciding to use it for your mobile app development needs. Naturally, the next question on your mind will be, "How much does it cost to design an app?"

Though it's difficult to give a precise figure, we can work our way around certain key factors that influence the price of mobile app development. But first, let's have a look at the app development cost calculator formula.

This is the first and most important step in determining how much does app development cost. The process of justifying and evaluating an app idea is known as app discovery. The Android application developers employ a variety of approaches and strategies to fulfil this work, one of which is Design Sprint. Let's look at the approaches used in the App Discovery process that lead to the final Android app development cost.

This process includes a number of actions that contribute considerably to the cost of developing an Android app. In-depth competitor analysis is part of market research. We concentrate on areas such as customer-used devices, in-demand and appreciated features, and elements that pose a barrier to an excellent user experience. By looking at apps that are comparable to the app idea, we may set our expectations for what features might be included in the app. A thorough market analysis will also provide you with useful information about your competition.

This will assist you in avoiding the same errors and being more cautious in your dealings.

In brief, the entire App Discovery process revolves around the qualities and attributes that any Android application must possess in order to outperform its competitors.

Scoping and Analysis of Android Applications

As the development of an Android app progresses, this stage includes all of the critical decisions made about the app, such as the important features to include, its functionality, picking the correct tech stack, and so on.

The cost of developing an app is also determined by the complexity of the app. The variety of features that an application has is one of the aspects that contribute to it being called "Efficient" and fantastic.

It enables users to keep track of the functions and actions performed in the app, examine statistics connected to the app, and update the app's content without consulting Android app developers.

Using the Hardware of the Device- Applications sometimes require access to the hardware's capabilities. Some functions, like as GPS and Bluetooth, may be required by the applications.

This is an important feature to have, and it will contribute to the price of Android app development rising.

It goes without saying that the cost of app development is determined by the sort of Android app being created. We can divide Android applications into several categories, each with its own set of features, demographics, security requirements, and so forth.

It's natural that the cost of m-Commerce is a little high due to such features.

This feature is enabled by using customised ROMs, which has an impact on the overall cost of developing an Android mobile app.

Animation and Design for Android Apps

Again, the animation and style of any Android app are important variables in app development expenses. There are many different designs and animations available, and the cost of applying them varies based on the type and quality of the designs.

Material Design is a form of user interface design that is utilised in Android app development to bring a sense of originality and boldness to mobile app designs. Flat Design is more appropriate for iOS. Clearly, the expense of Android app design is another notch in the belt that adds to the overall cost.

Animation is a popular way to make certain features of any application more entertaining and intuitive. Animations are frequently used in gaming and social networking applications.

However, creating and designing animations is a very involved process, resulting in a significant increase in the cost of developing an app. Play Store app deployment

Everything builds to this pivotal moment. The conclusion of the development process is contingent on the successful submission of an app to the Play Store. There are, however, some requirements that must be considered. There are various Play Store standards that must be followed in order for an app to be picked.

Google also charges a one-time cost of $25 for publishing applications.

The app development process does not finish when the app is successfully published on the Play Store; there is much more to come.

The cost of the generated app will be minimal if you hire a startup development business or even a group of freelance Android app developers. The reason for this is that they will be totally focused on improving their portfolio, with monetary gains coming in second.

In contrast, a California app development company with a larger workforce will focus on clients who can pay more since it has a lot of mouths to feed. However, the finished product will be well worth the investment and will be superior to that of freelance developers. It is because a firm has access to the most up-to-date technology and specialists who work tirelessly to make the greatest applications possible.

As illustrated in the map below, the difference between the west and the east is unavoidable. In this regard, it should be noted that the cost of Android development in India is far lower than in the United States or any other Western country. This is attributable to a number of factors, including the abundance of technologically skilled human resources.

Let's compare the prices of developing an app for Android and iOS now that we know what factors influence app development costs.

A Cost Analysis of Android and iOS App Development

The cost of app development is determined by the length of time it took to construct a mobile app as well as the technology employed. The Java programming language is now used to create Android apps, whereas Swift and Objective-C are used to create iOS apps. It has been noted that developers of the later languages can charge anywhere from 10% to 15% more than Java developers. In this aspect, Android apps are less expensive than iOS apps.

The time required on building engaging and intuitive UI Design for Android and iOS apps differs only little. Furthermore, due to Google's permissive standards, there is a lot of potential for experimentation and invention in Android application development.

The testing of Android apps can be a difficult undertaking for developers. In contrast to iOS app development, an Android app must be tested across a variety of screen displays and resolutions in order to provide a more uniform and better user experience.

After seeing all of the primary aspects that influence the final Android app development costs, we can see that there is no simple solution to the question "How much does it cost to develop an app?" However, these elements are adequate to illustrate how Android development costs are calculated to some extent.

How Can Android App Development Costs Be Reduced?

Here are some suggestions for lowering your Android app development costs:

Your paper should include information such as the company's history, app features, a timetable, the reasoning behind the app's development, budget estimations, and platform requirements.