KYC Blockchain Technology: The Answer to an Inefficient KYC Process 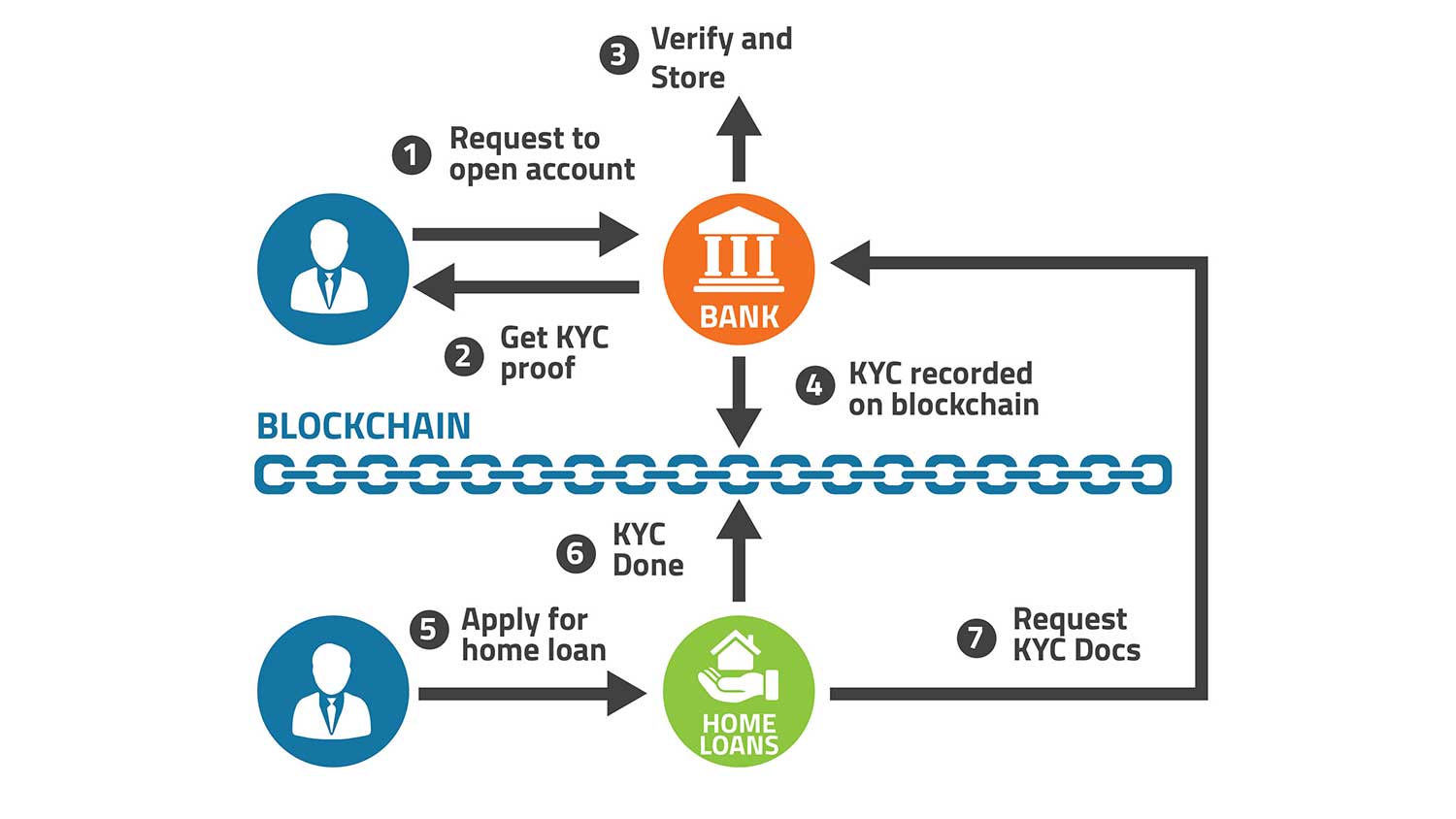 KYC processes serve as the foundation of a financial institution's anti-money laundering efforts. Discover how businesses are revolutionising the time-consuming and exhausting process.

KYC processes are the foundations of a financial institution's anti-money laundering efforts. According to current estimates, global KYC spending will reach up to $1.2 billion in 2020.

With such a large sum being spent on improving KYC processes, it is natural to believe that the process will be unhackable and error-free. Despite the significance of the process, KYC continues to be inefficient. Clenched by time-consuming and labor-intensive tasks, the high scope of effort duplication, and the risk of error While the current KYC process is failing to serve its purpose for financial institutions, the tiresome, long, and repetitive process is making customers unhappy.

A ray of hope comes from the fact that several financial institutions and service providers are attempting to solve the problems by incorporating next-generation technologies such as cognitive technologies and AI.

In this article, we will look at Blockchain, a technology that we believe holds the key to eliminating inefficiencies and duplication in KYC processes.

To truly understand the changes that Blockchain can bring to the counterproductive KYC process, it is necessary to first understand the current system's flaws. The issues will assist us in understanding how

Blockchain technology for KYC is quickly becoming a requirement.

Each bank or financial service provider has its own set of specifications with no standardisation. This frequently leads to users performing the KYC process with each bank and service provider they use. Furthermore, a tightly siloed system like this prevents FIs from tracking consumers' expenses on other platforms, resulting in each institution having its own set of incomplete data.

This data centralization in silos results in an inefficient KYC process. One that causes problems such as:

Customers' inability to be tracked

As a result of these challenges, the previously mentioned spending figures and a consistent

an increase in cases of money laundering

To remedy the situation, the KYC process is gradually being moved to Blockchain. Let's take a closer look at the process of using Blockchain for KYC verification and the benefits that the movement provides to the fintech industry.

In a Distributed Ledger Technology, the process of using Blockchain for KYC goes through several stages.

Let us walk you through the steps of how Blockchain can help with KYC.

Step 1: The user creates an account on the KYC DLT system.

A financial institution (FI) implements a Blockchain-based KYC platform, which the user configures once using their identity documents. Once uploaded, the data is available to the FI1. When it comes to storing the data of the users, there are several options:

When a user conducts a transaction with FI1, they grant FI1 access to the user's profile. The FI1 then validates the KYC data and saves a copy on their server. Following that, they upload a 'Hash function' to the DLT platform.

Finally, FI1 uploads KYC digital copies to the user's profile, which is embedded with a Hash Function that corresponds to the Hash Function uploaded on the DLT platform.

If the KYC data is changed, the Hash Function of the KYC data will no longer match the one posted on the DLT platform, alerting the other party.

Step 3: The user conducts a transaction with FI2.

When FI2 requests KYC from the user, the user grants FI2 access to their user profile. The KYC data (and its Hash Function) is then compared to the Hash function uploaded by FI1. If the two matches, FI2 will know that the KYC received by FI1 is the same.

If the Hash Functions do not match, FI2 must manually validate KYC documents.

But what if the user gets a new passport or driver's licence and their original document in their DLT user profile changes?

When a user provides new documents, financial institutions use smart contracts to automatically update their systems. The user also submits the new document to F1, who then broadcasts the change across the blockchain (via the new Hash Function), making it available to other FI participants.

The following are some of the advantages of using a Blockchain solution for KYC:

Data integrity: all data changes are tracked and monitored in real time.

These are not the only advantages of KYC Blockchain implementation. The Blockchain-based KYC process provides a number of sector benefits.

The Advantages of Blockchain in the KYC/AML Process

The applications of decentralised technology in KYC technology are not limited to Fintech service. A variety of industries are collaborating with a Blockchain development firm to investigate the application.

The Advantages of Blockchain in KYC

The use of blockchain in KYC places data on a decentralised network that can be accessed by parties who have been granted permission. Furthermore, the system provides effective data security because data can only be accessed after users grant permission, eliminating instances of unauthorised access.

Unhackable digital processes and sharing user information on a permissioned network can significantly reduce the effort and time required in the early stages of KYC. This, in turn, shortens the customer onboarding process and reduces regulatory risk. Validation of the accuracy of information

KYC Blockchain systems enable transparency and immutability, allowing financial institutions to validate the trustworthiness of data on the DLT platform. The decentralised KYC process streamlines the process of gaining secure and timely access to up-to-date user data. This reduces the time and effort required by an institution to gather information.

When a KYC transaction is completed at a financial institution, the data is shared on a distributed ledger. This Blockchain technology KYC system allows other participating institutions to access real-time updated information with the assurance that they will be notified if there is a new addition or modification to the documents.

Is Blockchain Development the Answer to KYC?

In the KYC process, gathering and processing information consumes a significant amount of cost, time, and effort, leaving very few resources available for monitoring and assessing user behaviour for anomalies. Blockchain technology in KYC can reduce the time required for laborious tasks by providing quick access to up-to-date data, which can then be used to find solutions to more complex KYC challenges.

However, blockchain cannot solve all of the problems associated with KYC. After acquiring the data, financial institutions must validate the information. For greater efficiency, AI and cognitive processing-like technologies must be used.

In its current state, blockchain, when combined with other technologies, has the potential to significantly reduce the cost of institutions