Apple has a practise of releasing numbers in January to show how well the App Store and iOS apps did the previous year. The announcements this year reflect the enormous popularity and penetration of iPhone apps. Have a peek...

A..The App Store has roughly 2.2 million apps.
B.Every day, approximately 2,540 apps are released on the App Store.
C.Customers in the Apple App Store spent a projected $72.3 billion in 2020 on in-app purchases, subscriptions, and premium apps
D.These and a slew of other App Store statistics all point to the same conclusion: Apple's business is booming, and iPhone apps are the most popular. Businesses aiming to gain a foothold in the app market By investing in iPhone application development for businesses, you'll be making a good profit.
E.Android, Apple's main competitor, has impressive figures as well. The iPhone, on the other hand, has unrivalled reach and penetration. In fact, according to BGR, Android users are abandoning the platform.
F.Almost one-fifth of Android users have investigated the benefits of the iPhone and migrated to the iOS platform. One of the iPhone's advantages was that it was one of the first smartphones. The iPhone's ability to keep its grip on users by providing consistent performance and innovation.
G.iPhone apps are well-known for their high quality and ability to generate income. To meet their business needs and make a speedy impact, both startups and established businesses are investing in iPhone app development.

Let's take a look at some of the benefits of iPhone app development services, as well as how iPad app creation may help your business thrive

The Advantages of Developing an iOS App

This fact adds a great deal to the advantages of iOS app development.

-To gain an idea of everything worth understanding, consult our mobile app development guide, which was created based on our professionals' experiences.

2. Data Security in the Enterprise
Invasion of privacy Android apps pose a significant risk to critical organisational data stored in apps. When comparing iPhone versus Android in terms of security, iPhone apps, on the other hand, secure firmware and software with strong security methods such as:

Android app developers use open-source libraries and take a non-standard approach to development. Across all devices, iPhone customers are greeted by the same enthralling UX.

4. Apps for various types of businesses
The benefits of having mobile apps for business have been acknowledged by brands of all sorts and types. Consumers expect mobility and responsiveness from every company they do business with, which is something that comes with the process of developing an iPhone app for business. Mobile applications are the ideal approach to reach out to customers on the go and stay in touch with them at all times
All company needs may be met with iPhone apps, whether custom-built or off-the-shelf. Despite the fact that the cost of developing an iPhone app is slightly greater than other options, businesses have discovered that iPhone apps are more profitable due to its guaranteed market reach and higher-paying clientele.


5. Existing Customer Base
Apple's user base is well-established. Apple is a technology and application pioneer. Despite the fact that Android accounts for 75% of app users, Apple has a loyal following of customers who swear by the company's quality and functionality. In fact, it is stated that once a smartphone user has used iOS, they will never use another operating system. Because there are so many apps in this category, Android apps face intense competition.

7. Technology-Savvy Audience
iPhone users have been discovered to be tech-savvy and open to new ideas. This provides organisations with a plethora of opportunities to design demanding applications that can cause market disruption. Businesses that use iPhone business apps have the potential to become industry leaders and leapfrog competitors.

8. Testing Simplicity and Low Fragmentation
Every year, Apple releases only one update to its existing operating system. Apple devices are also less common than Android-based devices. As a result, Android apps must be thoroughly tested to ensure that they run smoothly on all Android OS versions. All that is required of an iPhone for business is that it pass the testing criteria of the most popular iOS versions. This cuts testing time in half and ensures a quick time to market for iOS apps.
The Android ecosystem is highly fragmented. Only 10.4 percent of Android users are utilising the most recent OS version, and the rest are still using versions that are three years old. Businesses have a serious difficulty as a result of this. They must invest in designing apps that are compatible with all common Android OS versions. All of this, of course, equates to a greater app development cost.

Apple has a consolidated market. iOS 12, the most recent version of the operating system, is used by nearly 89.8% of iPhone owners. This is a sizable user base that can be reached by nearly any business. Something that prompts them to seek out a reputable iOS app development firm.

9. Extensive Market Coverage
Apple has a significant presence in developed markets such as the United States and the United Kingdom. iOS apps might be a successful offer for a company looking to stretch its wings and penetrate these areas. Apple's reputation and quality are well-established enough to ensure that your iOS business apps will be successful. In the app world, Google has no history. Android apps have to compete with the millions of new apps that are created every day. Even if you spend a lot of money on top-rated android app development businesses, there's no guarantee that the app will generate enough cash to cover the initial investment, much alone earn a profit.


10. Development Time is Cut in Half

When it comes to app development time, iOS apps take the longest. When compared to Android apps with the same specifications, iOS apps take nearly 28% less time. This is due to the fact that Android apps must be tested on at least 20 different devices with different resolutions, screen sizes, and OS versions. Naturally,

The iPhone ensures market visibility, profitability, and consumer loyalty for enterprises. This, combined with the short time it takes to produce an iPhone app, low production expenses, and low maintenance costs, makes the mobile app development process incredibly useful for businesses. Businesses can capitalise on Apple's legacy to get a competitive advantage in the app market. What else can you say?


11. Simple and pleasurable user interface
The iPhone for business is most renowned for its outstanding UI/UX, which increases app user engagement. It means that if you choose to design an iOS app, you will be able to get more individuals to download your app. Apple users are already enamoured with iOS apps' simple and engaging user experience. These features could make the company's app more appealing to users and increase revenue. Furthermore, iOS apps for business are scalable and expand as your company grows. As a result, it yields a higher return on investment.

12. Transactions that are safe
iPhone app development provides a secure and safe environment for conducting online transactions using the platform's apps. All designed iOS apps for business include advanced and secure features that protect the user's data.

What is the Best Software Architecture for an Enterprise App?

The foundation of enterprise application development is software architecture. Consider it a real-estate blueprint that you must first build in ord

When new technology is mentioned, the initial impression that non-technical people have is that it is identical to magic. Enterprise software is th

You Should Invest in Enterprise Mobility Solutions for 6 Reasons

They can now communicate with management and receive relevant information/products in real time, whether they are at work or at home. And Enterpris

Apple has a practise of releasing numbers in January to show how well the App Store and iOS apps did the previous year. The announcements this year

Dim the lights, close your eyes, and conserve energy. Dark mode is one of the most popular design trends, and world-class brands such as WhatsApp,

What is a Product Designer's Role in App Development?

A Product Designer's role in app development has evolved over time, and the scope of their work has expanded dramatically. In this rapidly chan

Search criteria that distinguish the best from the rest

When you hear someone say, "I had an intuition," you might wonder if he or she has the ability to see into the future. However, this is n

Why Do You Need Enterprise Android App Development?

Enterprise Android apps are clearly in demand, and more and more business owners are welcoming them with open arms. Although Android is the most po

The market for mobile application development is rapidly expanding. Investing in a mobile app is a fantastic opportunity for entrepreneurs and ente

Mobile apps have become necessary for all businesses as a result of recent technical breakthroughs and innovation. And, for advertising and brandin

What Does It Cost to Develop an Android App?

At least once a day, if not more, you may come across the terms "Android" or "Google." This is its level of popularity.

APIs have grown ubiquitous in the software and mobile app development worlds. It's ubiquitous, from private solutions to public-facing services

With the rise in popularity of mobile applications, the focus has shifted away from just creating a great app and toward understanding the fundamen

What customers say about us

Every business needs appreciation and we're lucky to be blessed with a team that carries the same spirit as the Top management. Here are a few of the testimonials we received from our diverse clientele. We view them as energy boosters and drive us to outperform.

Syoft has made the seamless transition possible

Nowadays, an organization must be ready to work from anywhere, securely and without limitation. Syoft has made this possible for our organization and employees. We had a seamless transistion all along. Thank you Team Syoft.

Car repair at your door step

Team is a Pro at Design and Development aspects!

Team Syoft has provided excellent support since our website creation and continued to assist with the design and development of our website as its functionality grew. We are confident that the appearance and user-friendliness of our company's website have helped us establish credibility among our clients and customers as well as expand our reach.

Syoft has excellent technology professionals who take time to understand your precise business needs, and offer quality advice along and also deliver top notch Apps that can compete with any other global app. On a scale of 10, I give Syoft, a 10.

Syoft team completes the journey of taking an idea from concept to development. They were always ready to help us with new methods and were willing to try novel approaches, workshops and exercises. We were definitely impressed by the intellectual rigor that goes behind their mind set and organizational workflow.

Well, working with Syoft on our app was delightful. From the first meeting to the launch of the app, the development team was very forthcoming and active. Team Syoft knows its craft and are experts at iPhone and Android app development. We started with an iPhone app, and now we have built apps on Android, iPad, Tablet, Kindle and the Web with Syoft. 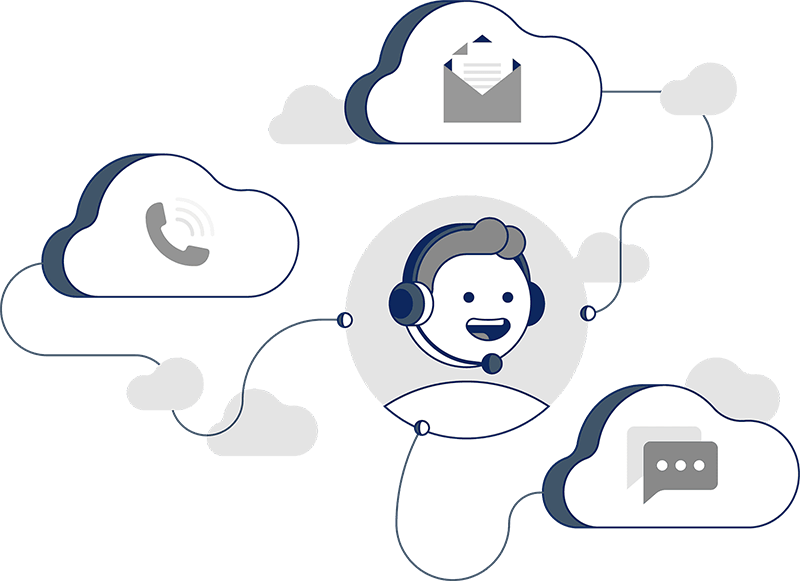